BKK Tours > Things to do in Bangkok

Things to do in Bangkok

Bangkok is located in the Chao Phraya River delta in central Thailand.  The city which is known in Thai as "Krung Thep" or "City of Angels" is Thailand's most populous city with more than 8 million residents who come from all parts of the country.  It is for a good reason that Bangkok is one of the most visited cities in the world. 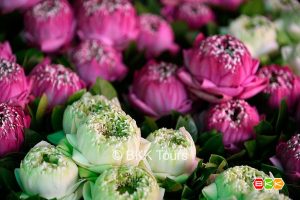 Flowers from other parts of the country are sold at wholesale prices at this biggest flower market in the city. Vegetables, fruits, and spices are also available. 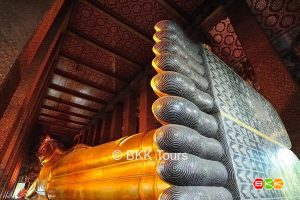 The highlight of Wat Pho is the 46 meter long Reclining Buddha with intricate mother of pearl decorations on the soles of the feet. The meditation centre and Thai massage school at the temple are internationally recognised. 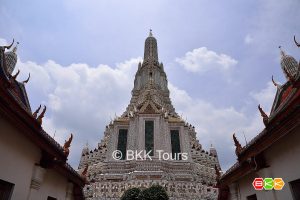 Wat Arun (Temple of Dawn) is located on the west bank of Chao Phraya River. Its 67-meter high pagoda, a famous landmark of Bangkok, is beautifully decorated with colorful Chinese porcelain. 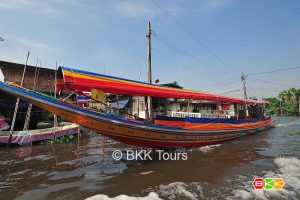 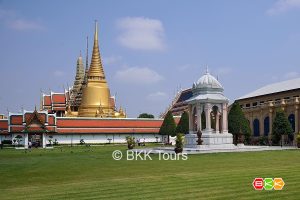 The Grand Palace attracts travellers from all over the world. Its magnificent royal temple of Wat Phra Kaew houses the Emerald Buddha, the most holy Buddha image of Thailand. 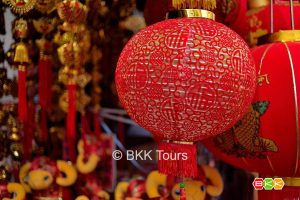 Chinatown is one of the most vibrant areas of Bangkok.  It has been the city’s main trading centre for more than 200 years. A walk in Chinatown gives you an experience you will never forget. 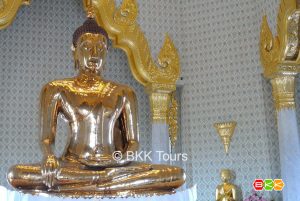 Wat Traimit is one of the oldest temples in Chinatown area. The highlight at this temple is the 5.5 ton pure gold Buddha image. 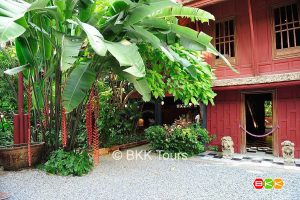 Jim Thompson was well-known for his promotion of Thai silk. His traditional Thai wooden house with beautiful gardens in the middle of Bangkok is now a very popular museum. 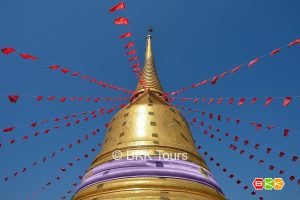 An important temple in Bangkok as its pagoda on the top enshrines the relics of the Lord Buddha. Follow the steps that wrap around the Golden Mount temple and you will be rewarded with a panoramic view of old Bangkok. 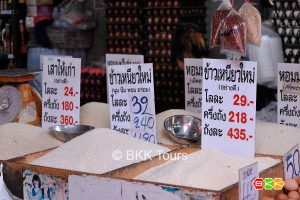 Bangkok’s largest and most authentic fresh market that sells seafood, meat, and farm produce. Like the city itself, this place never sleeps.

Things to do in