BKK Tours > Things to do in Kanchanaburi

Things to do in Kanchanaburi

Kanchanaburi is the largest province in western Thailand. In the west it borders with Myanmar. The province is famous for ancient civilization, several national parks, and the famous Bridge over the River Kwai (also spelt "Khwae") that was built during World War II. 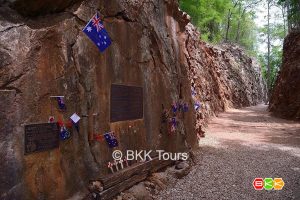 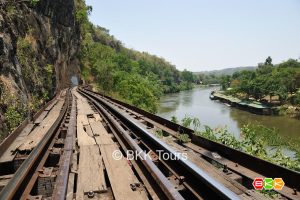 A wooden railway bridge on the slope of a steep cliff with a nice view over the river. Next to the railway is the small Krasae Cave that is now a place of worship with a Buddha image. 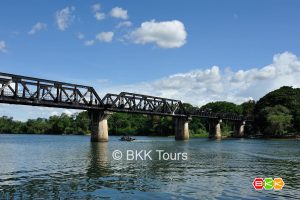 Kanchanaburi’s most visited attraction is a bridge that is part of the infamous Death Railway, a strategic railway route to Myanmar constructed during the 2nd World War. 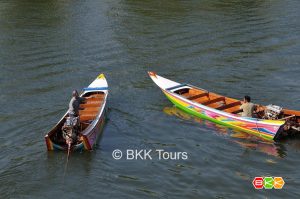 Boat tour on a small private speedboat from the famous River Kwai Bridge in Kanchanaburi, along the Kwae Yai and Khwae Noi river, with a great view of local life and surrounding areas. 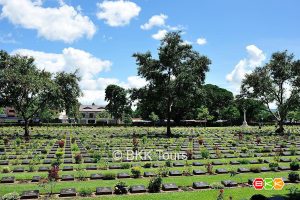 A peaceful and well maintained cemetery in downtown Kanchanaburi. Resting place of 6,982 Allied prisoners of war who perished during the construction of the “Death Railway” in the 2nd World War. 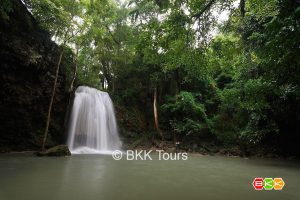 Erawan waterfall is considered one of Thailand’s loveliest waterfalls. One can enjoy a nice nature walk to reach the 7th level, some levels are great for a swim too.

Things to do in